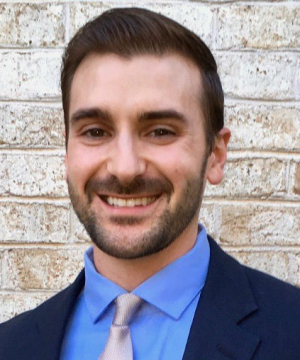 Dr. Chris Bellon is an Assistant Professor of Exercise Science in the Department of Health and Human Performance. Within this role, he teaches a variety of undergraduate- and graduate-level courses in the areas of applied anatomy, physiology, and strength and conditioning. In addition, Dr. Bellon also serves as the Director of Tactical Academic Programs within the Center for Performance, Readiness, Resiliency, and Recovery (CPR3). Prior to arriving at The Citadel, Dr. Bellon was an Assistant Professor and the Director of Sports Performance at LaGrange College in Georgia. These roles presented him with the opportunity to teach coursework related to sport performance as well as oversee the strength & conditioning and athlete-monitoring practices for several athletic teams, including baseball, basketball, soccer, swimming, tennis, and volleyball. Dr. Bellon earned his doctoral degree in Sport Physiology and Performance at East Tennessee State University, where his academic endeavors focused on the enhancement of sprint acceleration in team sport athletes. During his tenure at ETSU, Dr. Bellon served as an Assistant Strength & Conditioning Coach and Sport Scientist for the university’s Olympic Training Site, as well as within the Athletics Department, working with a variety of athlete populations, ranging from international-level bobsledders to Division I women’s basketball players. Dr. Bellon currently resides in Charleston, South Carolina with his wife, Grace, and daughter, Imogene. .