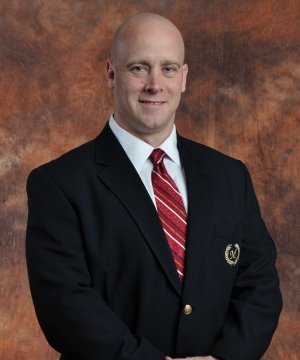 Director of Speed, Strength, and Conditioning

During his time as a coach, he has worked with numerous men's and women's sports, including football, track & field, soccer, rowing, tennis, golf, basketball, volleyball, and baseball. Over the years, he has had the opportunity to work with Conference champions, All-Americans, conference players of the year, and athletes who have played professionally. The part he enjoys the most, however, is seeing the lives these individuals go on to lead after the call of sport is over.

Josh would like to thank some that have been a part of his journey:
-The late Russ Sharp, a thanks for giving a green kid a door to walk through
-A special thanks to Charlie Dudley for the responsibility and latitude to grow
-Josh is especially grateful to Pat Ivey who has been a tremendous colleague and friend.
-To the extensive Athletic Performance family that has grown over the years, he gives a special nod for your passion and innovation
-Finally, it is his family's dedication and care that drives him: his wife, Christin, of 10 years, with her passion for improvement; and his 2 sons, Jarrett and Jackson- his MVP's who are an inspiration to be the best teammate and team leader he can.