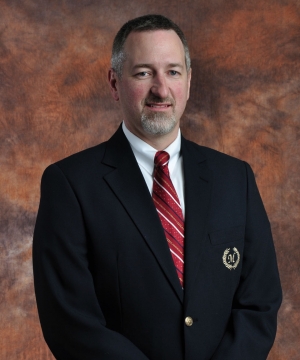 Mike Cotterman began his full-time career at Drake University in Des Moines, Iowa, where he was named the Head Strength & Conditioning Coach in 2000. Mike was in charge of training programs for all 16 sports while directly working with Football, Volleyball, Women's Basketball, Womens Soccer, and Men's & Women's Track and Field. In 2002, Mike was awarded Coach of the Year from his student athletes and went on to become a National Finalist for the Giant Steps Award, Coach of the Year, through the National Consortium for Academics and Sport.

After five years at Drake, Mike headed west to Wyoming to become an Assistant Strength & Conditioning Coach for the Cowboys and Cowgirls. During Mike's nine years at Wyoming, he has been elevated to Associate Head Coach for Sports Performance. He has directed the training programs for Men's and Women's Swimming and Diving and Women's basketball, while also assisting with Football. In addition, Mike has worked with Golf and Track & field, while also directing the department's internship program.

Mike received his Bachelors of Science in Sport Science from Ohio University and his Masters of Education from Bowling Green State University, where he started his career as a Graduate Assistant in the Strength & Conditioning Department under Mike Ward. He has been SCCC certified through the CSCCa since 2005 and the NSCA as a Certified Strength and Conditioning Specialist Ã??Ã?Â¢??with Distinction since 1996.

Mike would like to thank several coaches for their guidance and leadership during his career in this rewarding field. Thank you to Mike Ward and Stewart Briggs for giving Mike a start in the profession as a G.A. A special thank you goes to Scott Bennett, Kathy Crowe-Wagner, Trent Greener, and Zach Duval, for their support.

Most importantly, Mike would like to thank his wife Gwen for all of her love and support and for three wonderful children.