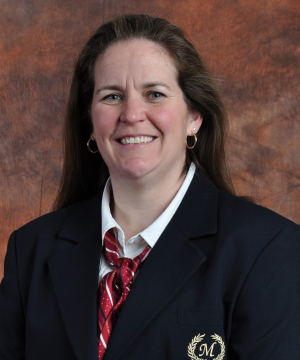 Kathy Crowe-Wagner has served as the head strength and conditioning coach at UT Arlington since 2009. Wagner came to UTA after serving for five years at the University of Wyoming, leaving as the program's Director of Strength and Conditioning. Wagner primarily works with volleyball, softball and track & field, while assisting with baseball at UTA. In addition she serves on the Board of Directors for the Collegiate Strength and Conditioning Coaches Association. She was a member of the CSCCa Certification Commission, which oversees all aspects of the organization's Strength and Conditioning Coach Certified (SCCC) certification program since 2013 and served the Certification Commission Chair 2017-2019. Wagner worked specifically with the women's volleyball, soccer and women's basketball programs while assisting with football at Wyoming. Prior to her tenure at Wyoming, Wagner spent two and a half years at The Ohio State University. Her responsibilities at Ohio State included designing and implementing strength, speed and conditioning programs for women's soccer, softball, women's tennis, men's gymnastics, men's and women's swimming and diving and other various sports. She spent two years at UTEP, first as a graduate assistant and later as the first assistant strength and conditioning coach. Wagner received a bachelor's degree in kinesiology, graduating Magna Cum Laude, from Angelo State University in San Angelo, Texas, in 2000. She earned a master's degree in kinesiology from UTEP in 2001. At Angelo State, Wagner was a three-time track and field (discus) All-American from 1998-2000, and was the Lone Star Conference Discus Champion in 2000. She also earned numerous academic awards, including GTE Academic All-America honors in 1999 and 2000 and the Presidential Academic Excellence Award in 2000. Wagner is a Master strength and conditioning coach (MSCC) with the Collegiate Strength and Conditioning Coaches Association and is certified (C.S.C.S) by the National Strength and Conditioning Association. Kathy and her husband Chris have two daughters, Nicole and Morgan.