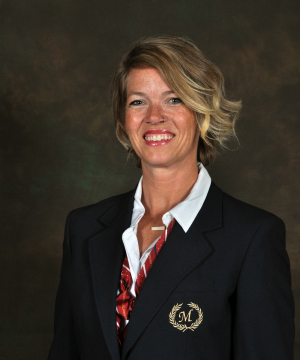 One of the most innovative strength and conditioning coaches in college athletics, Tanna Burge is in her first year as Texas A&M’s Director of Sports Performance and oversees the strength and conditioning programs for all Aggie sports other than football. A native Texan, Burge had a wide and varied background in sports performance with nearly 15 years of experience at Northwestern University, the United States Military Academy, Baylor University, Clemson University and the University of North Carolina. Burge came to Aggieland from Northwestern University, where she coordinated the training and conditioning for the Wildcat women's basketball, women's tennis, and men and women's swimming and diving teams since 2013. While at Northwestern, Burge served as director of sports performance community outreach, editing a monthly department "Peak Performance Newsletter" while also sharing the latest news from the sports medicine and sports performance units as the group's social media coordinator. Additionally, she served as a liaison to the Sports Nutrition unit. Burge started her college athletics strength and conditioning career as an undergraduate at Baylor University. She worked three years as a student assistant in the Bears' strength and conditioning department and earned a bachelor's degree in 2001 from Baylor in health/fitness studies. An internship at the University of North Carolina, where she assisted the strength and conditioning staff for all Olympic sports, led to a graduate assistant position in 2002 at Clemson University overseeing Olympic sports. Burge used the opportunity to begin work on a master's degree in food, nutrition and culinary sciences. She was promoted in 2004 to Director of Olympic Sports on the Clemson strength and conditioning staff. In 2005, her alma mater Baylor called and offered her a position to train various Bear athletic teams. Five years later in 2010, Burge took one year away from collegiate athletics to serve as a missionary and participated in The World Race (11 countries in 11 months) and Passport (leading college students for two months in New Zealand) with the Adventures in Missions' organization. Her passion for training student-athletes led her back to collegiate athletics in 2012, when she worked with the United States Military Academy before being hired by Northwestern. Burge, who grew up in the small central Texas town of Bertram, is certified through the Collegiate Strength and Conditioning Coaches Association (CSCCa), USA Weightlifting Level 1-Club Coach and American Red Cross (CPR).