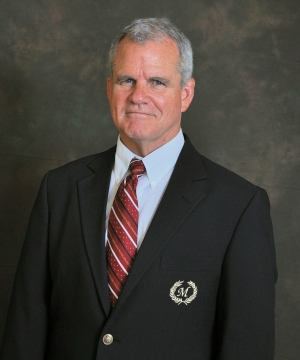 Ethan Reeve was born November 14, 1954. He and his four brothers and sisters were raised by their single mother, who was an elementary school teacher. She taught him a great lesson that he uses everyday: "learning is a lifelong experience." By age seven, Ethan was running one mile each day, and by age ten, he was running six. He got into strength training when his grandmother bought him his first "spring" chest pull and some hand grippers at the ripe age of eight. From that point on, he was hooked! Ethan participated in many sports: track, baseball, basketball, football, and wrestling, up through his freshman year.

When Ethan was a 4th grader in elementary school, the 4th and 6th graders were combined at recess. Many of the 6th graders would bully some of the younger boys. Ethan had a deadly choke hold that he would use on the older boys when they would try and pick on him. When those boys were in the 9th grade, they remembered him and his choke hold and spoke with the wrestling coach about persuading Ethan to join the wrestling team. He made the varsity team as a 7th grader but had to quit until the following year because you could only varsity letter for five years. Ethan came back strong on the varsity team the next year as an 8th grader!

While in the 8th grade, his wrestling coach, Coach Heskitt, told him that pushups would help make him a better wrestler. Always looking for ways to improve himself, Ethan did 500 pushups a day from that point on through his senior year. This is where he developed his specific trademark for sport training: "Density Training." He went on to become a state champion wrestler in Ohio, and then on to the University of Tennessee to become a four-time Southeastern Conference wrestling champion and two-time NCAA All-American. While in college, Ethan would perform 100 power cleans and 100 chin-ups seven days a week with his bodyweight--all within 18 minutes. In 1977, Ethan won a gold medal in freestyle wrestling in Tel Aviv, Israel while competing in the Maccabiah Olympic Games.

After completing his career in wrestling, Ethan pursued a career coaching wrestling and as an assistant strength and conditioning coach for wrestlers at the University of Tennessee, Oklahoma State University, Ohio University, and Clemson University. He got his first Head wrestling coach position in 1984 at UT Chattanooga where his teams won five Southern Conference championships in just six years.

Ethan became the first full-time strength coach at the McCallie School in Chattanooga from 1990-1995. It was during this time that he worked with the Women's US Rowing Team, which won four Gold medals and one Silver medal in the 1995 World Championships.

In 1995, Coach Reeve became the first Director of Strength and Conditioning at Ohio University. He worked with over 650 athletes in a 1,900 square foot weight room for five years, with only one graduate assistant. He then had the opportunity to design and oversee the University's new 8,000 square foot "Steve Carin Strength Center." Ethan remained at Ohio University until 2001 when he was hired as the Director of Strength and Conditioning at Wake Forest University, where he currently works.

Coach Reeve has worked with many state, conference, world, and Olympic champions, as well as numerous All-Americans. Many of his previous football and basketball players have gone on to play professional sports. Reeve's philosophy is that he, as a coach, may have helped these athletes, but he did not make them. All of these great champions decided for themselves that they would be disciplined and work hard to achieve their own success! He is happy to have played a small part in contributing to this success.

During his career, Ethan has had many people to be thankful for: his mother, Carol Reeve, who died in November 2006; his high school wrestling coach, John Bosserman; his two college wrestling coaches--Joe Boone and Gray Simons; his two mentors in strength coaching--Gayle Hatch, 2004 Olympic Weightlifting Coach, and "Doc" Kreis; as well as his many mentors in the sport of wrestling--Harry Houska of Ohio University, Tom Chesbro and Myron Roderick of Oklahoma State University, and Billy Martin, Sr. of the Granby School of Wrestling. He is also thankful for his many strength assistants over the years: Mike Tolloti, Dave Bass, Chip Pugh, Stephanie Tracy, Dan Besseti, Stephane Rochet, and Josh Everitt.

Ethan has been happily married for the past 27 years to the former Susan Callen. They have raised three wonderful children Callie (26), Erin (23) and Keaton (18).