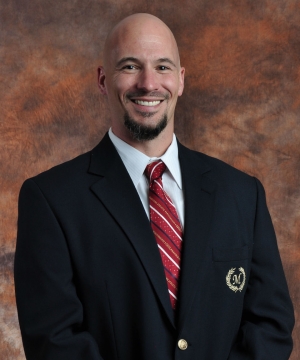 Sean Hayes is currently the Associate Director of Strength & Conditioning at the University of Georgia. Hired in June 2010 to oversee all aspects of UGA's Men's Basketball strength and conditioning program, Hayes also works with UGA Women's Volleyball and Women's Golf programs. Hayes brings over 14 years of coaching experience in both the professional and collegiate levels.

Sean came to Georgia after four seasons as the Assistant Strength and Conditioning Coach for the Buffalo Bills of the NFL. Before his tenure in pro football, he had spent over a decade in college athletics. Most recently, he served as the strength and conditioning coach for Clemson University's Men's and Women's basketball teams from 2004-2006.

Hayes was the first full-time Director of Strength and Conditioning for the entire 41-varsity sport program at Harvard University. He spent three years working with the Crimson's football team, men's and women's basketball teams, as well as both ice hockey squads. His other collegiate stops include the University of Tulsa, Yale University, and Boston University.

Sean Hayes, a native of Massachusetts, has been married to his wife, Susanne, for 14 years. They have two beautiful daughters, Kaylie and Ella. Hayes would like to thank his family for all their love and support.

Sean has been fortunate to work at the highest levels of coaching and has been influenced by some incredible professionals in the field of strength and conditioning. Sean would like to take a moment to thank Mike Boyle for giving him his first job in the profession and for his continued support and guidance. Hayes would also like to thank JT Allaire, who he feels fortunate to have worked for on two different occasions in his career. And lastly, Hayes would like to thank Katrin Koch and the University of Georgia. It is truly an honor and privilege to be a part of UGA and do what he loves to do each day.