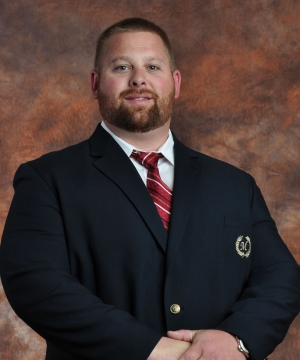 Director of Strength and Conditioning

David Abernethy has spent the last 2 years at Furman University, directing the University's strength and conditioning program for over 400 athletes in 20 sports. In 2013, the Paladin football team won its first Southern Conference Championship since 2004.

Prior to Furman, Abernethy served two stints under Joey Batson at Clemson University. He spent two years as a graduate assistant and then eight years as the Senior Assistant, overseeing the Olympic sports programs and assisting with the Tigers football program. During this time, the Tigers participated in eight bowl games and made two ACC Championship appearances.

Abernethy spent two years as the Director of Strength and Conditioning at Western Kentucky University from 2003-2005, working primarily with football and basketball. He also spent two years as an assistant strength coach at the University of Mississippi under the direction of Ruben Mendoza.

He would also like to thank his college strength coaches, John Sisk and Rob Phillips, and all the strength coaches he has served with: including Larry Greenlee, Tony Smith, Russell Patterson, Noel Durfey, and David Helms. He is proud of the 13 coaches who have worked and played for him, 3 of which have become Directors of Division I programs.

His mission has always been to honor God through serving the players with whom he has been entrusted ,and by passing down the art of strength and conditioning to younger coaches, which in turn, was passed down to him through his mentors: Joey Batson, Ruben Mendoza and John Sisk.