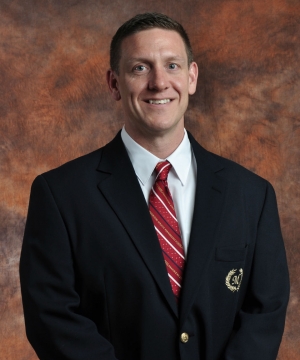 Bob Lemieux begins his 14th year with the Strength and Conditioning program at Kent State University. He has been the Director of Strength and Conditioning for the past 4 years, overseeing the year-round strength and conditioning of all Olympic Sports and working directly with Men's and Women's Basketball, Volleyball, Wrestling, and Men's Golf programs. During his tenure, he has served roles as the Head Strength coach (in which he was the interim coach for football twice in 2006 and 2009) and as an Assistant Strength Coach (2001-2006), working with every Golden Flashes athletic program. He has played an integral role in winning 39 MAC Conference regular season and tournament championships over the past thirteen years and has coached numerous All-Americans, a National Champion, and multiple Professional Athletes. Prior to Kent State, he served as the Assistant Varsity Ice Hockey Coach and Head Strength and Conditioning Coach at Gilmour Academy in Mayfield Village, Ohio (2000-2001) and as the Director of Health and Fitness for the YMCA of Greater Cleveland (1998-2000).

Lemieux received his undergraduate degree from Kent State University in Exercise Science and has Master's coursework in Nutrition. He is certified through the Collegiate Strength and Conditioning Coaches association (CSCCa), the National Strength and Conditioning Association (NSCA), USA Weightlifting (USAW), and the Titleist Performance Institute (TPI) as a Golf Fitness Instructor. He has co-authored multiple publications in peer reviewed strength training and nutrition journals and has spoken at local and regional clinics and conferences regarding strength training, program development, and nutrition. He serves as a consultant on the scientific advisory board for the Center for Applied Health Sciences.

The most fulfilling part of his job is the "Ah-ha" moment with his athletes when they realize how training has such an impact on their athletic performance both in practice and in competition. "Being a part of a team at the next level and around coaches and athletes everyday has made my initial hobby into my passion and my passion into my career."

He would like to thank Ryan Tedford, his mentor, for giving him many chances; his former staff members for their continued loyalty and support; and all of the coaches that have shared their training knowledge and experiences with him. Lastly, he would like to than his wife, Alison, and sons, Bobby and Ryan, because without them, none of this would be at all possible.