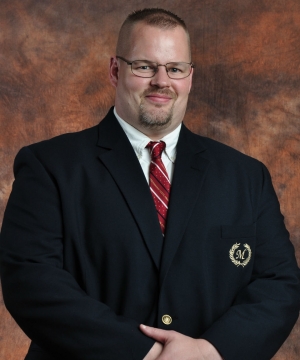 First, Chris would like to say thank you to his Lord and Savior Jesus Christ for the opportunity to pursue his passion; second, a special thanks to his wife Teri, for her 18 years of love, patience, and support, and for their four beautiful children; and finally, thanks to every coach, ATC, Therapist, and athlete with whom he has worked and learned from.

Chris got his start in strength and conditioning in 1995 as a student assistant at California State University Stanislaus under the tutelage of Mark Erickson. After graduating in 1996 with a Bachelor's degree in Physical Education, Chris proudly served in the United States Marine Corps. Upon being medically discharged, he then worked as an intern with the Cleveland Indians for the 2000 season under Fernando Montes.

From the Indians, Chris moved to Idaho State University as an Assistant Strength Coach and earned his Master's in Physical Education. In 2001 Chris went to the University of Maine before leaving for Kansas State University in 2004. After 2 1/2 years working under Master Strength Coach Rod Cole, Chris became the first full-time Head Strength & Conditioning Coach at Western Illinois University where he oversaw the design and implementation of strength and conditioning programs for all 20 of the Leatherneck athletic teams.