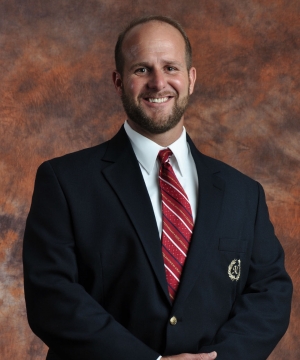 Director of S&C for Football

Entering his 19th year in the strength and conditioning profession, Rob Phillips got his start in 1995, first as an intern and then as a graduate assistant, at the University of Tennessee under the tutelage of legendary strength coach John Stucky. He was also mentored by Tom Moffitt and Tony Ollison.

Upon graduating with his master's degree from Tennessee, he moved across the state line and became the head (and only) strength and conditioning coach at Western Carolina University. It was there that he was baptized into the real world of strength and conditioning, overseeing 16 sports, 400 student athletes, and 1800 square feet of weight room by himself.

In 1999, he rejoined Tommy Moffitt at the University of Miami. This was truly his dream job, and he had the opportunity to help Butch Davis' team return to national prominence. These were some of the hardest working and passionate players he has ever had the opportunity to coach. Going into his second year at Miami after the Gator Bowl, Coach Moffitt left for LSU. After about two months of interviewing potential candidates, Coach Davis called Phillips in and asked him to take over as head strength coach. The football team had an incredible run that year, finishing the season 11-1 and with a sugar bowl victory over Florida.

One month later he joined Coach Davis in Cleveland, coaching the Cleveland Browns. Phillips had the opportunity to work under some of the best strength coaches in the NFL: Buddy Morris, Tom Myslinski, and Roger Kingdom.

In 2005, Phillips returned to the collegiate level as the head and, once again, only strength coach for 14 sports and 350 student athletes at the University of Louisiana-Lafayette. In 2010 another great opportunity came along, and Rob became the Director of Strength and Conditioning for Tulane University. Upon his arrival, he worked with most of the University's teams and has had a great opportunity to witness and be a part of real change in the restructuring of the strength and conditioning department. In 2012, a new football coach, Curtis Johnson, was hired, and he soon appointed Rob to be the head strength coach over football, his current position.

Coach Phillips would like to give thanks to his Lord and Savior for giving him the abilities and the opportunities that only He could line up. He also thanks his beautiful wife, Suzanne, who has been on this incredible ride with him for 16+ years, and their awesome boys: Jarrett, Andrew, and Jack. Last and not least, he extends his thanks and appreciation to all the great coaches, players, trainers, and administrators who have taught him, put up with him, and still call him out when they think they beat him on some feat of strength.