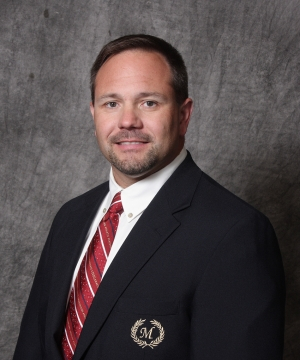 Scott Bennett owes a tremendous amount of thanks to many people who have helped him along the way. The man directly responsible for getting him into the profession is Johnny Parker. Johnny was a coach at Scott's High School, and rented a room in his grandmother's house. This relationship sparked his interest in the field of strength and conditioning. Johnny has been a personal and professional mentor to him for over 40 years now. In 1989 Scott earned a B.S degree with a double major in Sports Management and Sports Medicine. After earning that degree, Scott began as a student assistant and graduate assistant under Chuck Okey, and Master Strength and Conditioning Coach Ed Ellis. Scott owes a huge debt of gratitude to these men for their patience in teaching him important aspects of collegiate strength and conditioning. In 1990, Scott moved on to Clemson University as a graduate assistant where he earned a Masters Degree in guidance and counseling. While working for strength coach Gary Wade, Scott learned an enhanced work ethic, important organizational skills, and the value of working in a first class organization. In his three years there, he was a part of 2 bowl games, an ACC football championship, a post season top ten football ranking, an ACC baseball championship, and a College World Series appearance. He also had a significant training influence on many soon to be professional and Olympic athletes. In 1993, Scott was hired at Virginia Tech to work for Master Strength and Conditioning Coach Mike Gentry. He attributes his coaching success to Mike, who taught him how to be a true coach. Under Mike's stewardship, he learned not only the value of being "firm but fair", but also the importance of investigating different programs and training styles, as well as the importance of the concept of group motivation and award systems in order to better prepare all student athletes. While assisting at Virginia Tech, he was a part of 3 consecutive bowl games which included two victories, a Big East football championship, and a Metro conference baseball championship. In 1996, he was hired as the Head Strength Coach at Marshall University. In his first year there, the football team won a 1-AA national championship with an undefeated 15-0 record. In his second year there, the program made the jump from 1-AA to 1-A and became part of the Mid American Conference. Coach Bennett helped push this team to its first bowl appearance in 50 years. He credits Coach Bob Pruett with teaching him how to keep an even temperament, even when the chips are down. In 1998, Bennett was hired as the Head Strength Coach at the University of Wyoming, where he is going into his 9th season. In that time, the strength staff has grown to include 5 full-time coaches and 3 functional facilities. In 2004, he helped Joe Glenn's Wyoming Cowboys earn their first bowl appearance since 1996, which resulted in their first bowl victory in 38 years. In 2006, Scott earned the MSCC title of distinction along with 6 other Master Strength and Conditioning Coaches. During the Spring of 2007, Bennett was hired as the Head Strength Coach at The University of Southern Mississippi by Head Coach Jeff Bower. During that time under Coach Bower and Coach Larry Fedora, the Golden Eagles participated in 4 bowl games. After leaving Southern Miss in 2011, Scott teamed up with Master Strength Coach Greg Werner as Senior Assistant Strength Coach for Olympic Sports for one year. In the Fall of 2012, Bennett was hired as the Head Strength Coach at Radford University. During his 8 year tenure at Radford, The Highlanders compiled over 20 Regular Season and Conference Tournament Championships. In July 2015 he was promoted to Assistant Athletic Director for Sport Performance. Throughout his career, Scott has been fortunate to coach over 30 athletes in the NFL, NBA, and MLB. Several others have become Olympic Athletes. He credits his mentors, as well as his many friends in the profession who are not afraid to share their ideas, thoughts, and encouragement. He spent 5 years on the NCAA Committee on Competitive Safeguards and Medical Aspects of Sports as the strength and conditioning representative, and was selected to the University of Maryland Athletic Medical Review Board in 2019. Scott has two sons, Tucker and Charles.