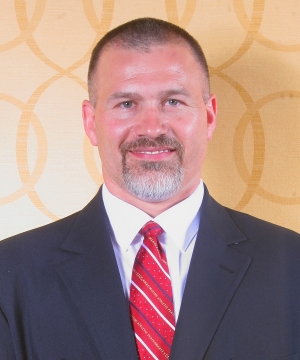 In 2002 Moe became the head strength & conditioning coach at Eastern Illinois University where he oversaw the design and implementation of strength and conditioning programs for all 22 of the Panthers' varsity sports.

Moe assumed the same role at South Dakota State University in 2005 and served in that position until being promoted to assistant athletic director for strength and conditioning in 2011. Moe works directly with the Jackrabbit football, volleyball, and men's basketball teams. He has also served as the strength & conditioning coach for the women's basketball, baseball, and softball teams.

Over the years, Moe has served as the strength & conditioning coach for 15 conference championship teams, as well as numerous tournament and NCAA playoff teams.

Coach Moe maintains certifications from the Collegiate Strength & Conditioning Coaches association, the National Strength and Conditioning Association, and USA Weightlifting. A Minnesota native, Moe graduated from Moorhead State University in Moorhead, Minn., in 1996, with a Bachelor of Science Degree in Exercise Science. He also was a linebacker for the 1995 Northern Sun Intercollegiate Conference champion Dragons.

He would like to thank all those he has worked with for their direction and guidance, including Master Strength & Conditioning Coaches Jeff Madden, Scott Reeves, Donnie Maib, Dave Plettl, Ken Sheppard, and Monte Curtis. He would also like to thank, Ed Nordenschild, Evan Marcus, Ryan Tedford, and Angle Spasov. In addition he would like to specifically thank Rock Gullickson for giving him his start in the profession and for providing him direction over the years.

Moe and his wife Colleen are the proud parents of their son, Zachary and daughter Kylie.