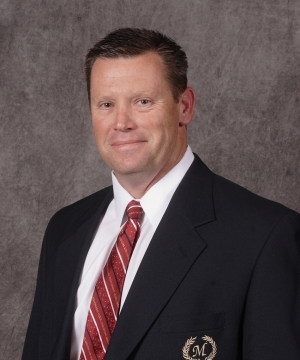 Rob Glass is in the 13th year of his second stint as assistant athletic director for speed, strength and conditioning at his alma mater and is one of the central figures in the success of the program.

Glass, one of the most recognized and preeminent strength and conditioning experts in college athletics, returned to OSU after a 10-year stint at Florida. He first worked for the Cowboys as both a football graduate assistant coach and strength coach from 1986-95 and his current tenure brings his total to 22 years at Oklahoma State.

Glass has been associated with 23 bowl teams since 1987, including the Sugar, Fiesta, Cotton, Alamo and Holiday at Oklahoma State and 10 bowls at Florida, including the 1996 Fiesta Bowl, two Orange Bowls and two Sugar Bowls. He was at Florida for a national championship and worked with two Gator squads that played in the national title game. He worked with four UF teams that played in the SEC championship game.

At Florida, he worked with Fred Taylor, Jevon Kearse, Gerard Warren, Kenyatta Walker, Rex Grossman and Lito Sheppard, all of whom were first-round draft picks in the National Football League.

Glass was born July 3, 1961, in Newkirk, Okla. He is married to the former Laurie Lipe, and they have two children, Garrison and Jared.