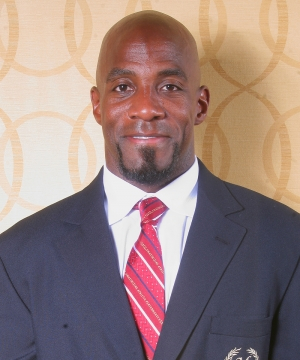 Bennie spent one season as football head strength coach at the University of Tennessee after serving the previous seven seasons at Texas Tech University.

Bennie helped Mike Leachs' Red Raiders produce a 46-18 overall record, including an 11-2 season in 2008. The Red Raiders were bowl eligible all seven years of his tenure there.

Wylie guided the development of 14 NFL draft picks while at Texas Tech, including WR Wes Welker and Michael Crabtree, who was selected 10th overall in the 2009 draft. That draft featured four Red Raiders selected in the first four rounds. Crabtree also won back-to-back Biletnikoff Awards as the nation's top receiver in 2007 and 2008. In addition, in 2008 QB Graham Harrell was named AT&T All-America Player of the Year, won the Unitas Golden Arm Award as the nation's top senior QB, and was a Heisman Trophy candidate.

Prior to his tenure at Texas Tech, Bennie was an assistant with the Dallas Cowboys for four seasons, under another one of his mentors--Joe Juraszek. In addition, Wylie spent the spring seasons heading the Dallas Desperados arena football team. The Cowboys had nine Pro Bowl selections during Wylie's four seasons in Dallas.

Bennie would be remiss not to include all the great athletes he has had the privilege of coaching, his mentors, and the outstanding coaches that have shared his path--Kent Morgan, Blair Prince, Aaron Uzzell, Yoseph Zendrei, Caesar Martinez, and Anna Craig.

Bennie is a member of the Collegiate Strength and Conditioning Coaches association and the Titleist Performance Institute.

He graduated from Sam Houston State University, where he was a four-year letterman in football from 1994-97. It was here that his career began under the tutelage of his strength and conditioning coach and friend, Ben Pollard. Wylie was an All-Southland Conference running back and team captain as a senior in 1997 after averaging 4.8 yards per carry and leading the Bearkats in rushing. In 1994, he was named the Bearkats' Freshman of the Year. He received a degree in kinesiology in 1999.

Wylie and his wife, the former Jennifer Small of Plano, Texas, have twin sons, 6-year-olds Braden and Caden.