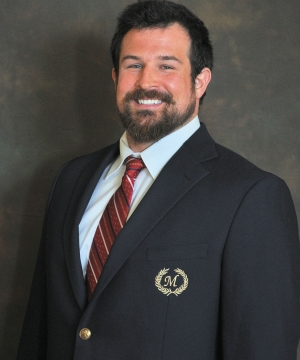 Michael Schweigert joined Northwestern as an assistant director of sports performance prior to the 2010-11 athletic season to work with men's basketball. During his time with the Wildcats he has also worked with the Northwestern Football, men's and women's golf, and men and women's Swimming & Diving programs.

Prior to coming to Northwestern, Schweigert worked at the University of Georgia as a Graduate Assistant in Strength and Conditioning in 2005 before being promoted to full-time status in 2006. While with the Bulldogs, Schweigert oversaw the strength and conditioning programs for men's basketball, women's volleyball and the men's and women's track and field teams.

A native of the suburban Chicago town of Niles, Ill., Schweigert is a graduate of Notre Dame High School for Boys where he played football, basketball and volleyball. Schweigert is a 2003 graduate of Indiana University where he played club lacrosse for one season in 1999 before focusing on his studies. In 2003 he earned his bachelor's degree in kinesiology with an emphasis as a Fitness Specialist. While at IU he served as an intern in the Hoosiers' strength and conditioning department where he worked directly with the men's basketball, women's volleyball and men's and women's track and field teams.

Upon graduation from Indiana, Schweigert returned close to home for eight months as a Strength and Conditioning intern with the Chicago Bulls basketball club, where he worked with strength coaches Al Vermeil, Erik Helland, and Jeff Macy.

In August of 2004, he left the Bulls to become a strength & conditioning graduate assistant at Northern Illinois University. While in DeKalb, Schweigert supervised the training of several Huskie sports, including women's soccer, men's and women's tennis, men's & women's golf, as well as assisting with football.

Michael would like to mention how grateful he is for the following: Katrin, Geoff, and Jason for his start, the tough love from Macy and Erik, above and beyond mentorship from Mags, Chad and Tim, personal growth with Jeremy and Josh, professional growth with Jason and the Northwestern staff, and unwavering love and support from his parents.