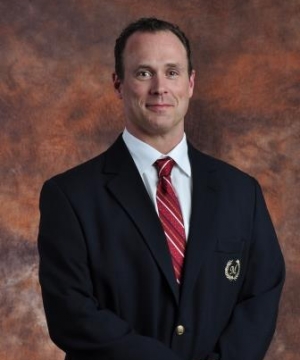 David VanDyke is currently in his 10th year at Stony Brook University. Hired in 2004 as the Director of Speed Strength and Conditioning and to oversee all 20 intercollegiate programs, VanDyke also supervises over 10,000 square feet of strength & conditioning space, including the brand new state-of-the-art $4.3 million Dubin Family Athletic Performance Center. VanDyke was instrumental in the design and layout of the 8,000 square foot facility. Since 2004, his efforts have helped Stony Brook win 14 conference championships, including the baseball team's 2012 appearance in the College World Series; the men's basketball team's participation in the NIT in 2010, 2012 and 2013; the women's basketball team's participation in the 2014 NIT; the football team's advancement to the second round of the NCAA Div. I Football Championship in both 2011 and 2012; and the men's lacrosse team's quarterfinalist finish in the 2010 NCAA Tournament. Coach VanDyke was also named Stony Brook Coach of the Year in 2004.

A 1998 graduate from Penn State University, Coach VanDyke earned his Bachelor of Science in Kinesiology while also playing football for the Nittany Lions. He began his career as a strength and conditioning intern with the Football Strength and Conditioning program at PSU and completed an internship at Texas A&M University in the summer of 1998. Studying under the likes of Dr. Lars Larson, MD, and Dr. Vladimier Zatsiorsky, he received a Master of Science in Kinesiology from Penn State in 2001 with an emphasis in Exercise Physiology. One of the highlights of his time as a graduate assistant for the Football Strength and Conditioning program was the ability to work with close friends in the development of a strength and conditioning program for the Marine Barracks Company B Body Bearers in Washington DC. VanDyke felt it was a great opportunity to give back to those who sacrifice so much for others. It was a small thank you to all the men and women serving around the world.

David would like to thank his mother, Carole, his father, James, and his brothers, Josh and Mike, for developing his belief system and work ethic. David is also thankful to Joe Paterno, John Thomas, Jason Gallucci, Jeremy Scott, Mike Clark, Mike Wolf, Tom Kanavy, and Miguel Rivera, as well as everyone else he has worked with over the past 15 years.