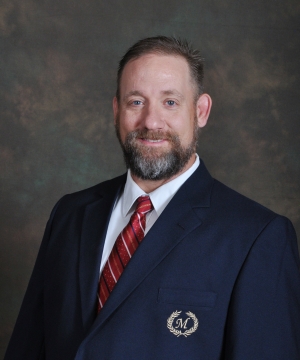 Scott Brincks is in his 15th year as the Director of Athletics Performance at Chattanooga. He is responsible for the enhancement of the physical and mental development of all UTC student-athletes.

His efforts have aided in Chattanooga's championship play. During Brincks' stint, UTC has won 31 regular season Southern Conference crowns and 35 SoCon Tournament titles. The Mocs won the league's Commisioner's Cup in 2005 and the Germann Cup in 2008.

Brincks joined the Mocs after spending three years at the University of Kentucky, where he served as the assistant strength and conditioning coach for the Wildcats' football team.

A 1994 graduate of Iowa Wesleyan College with a degree in Physical Education, Brincks lettered in football for the Tigers from 1990-93. As a linebacker, he was part of the 1991 NAIA playoff team which went 10-2. He earned Academic All-America status in 1993. He was also an All-Region performer as a third baseman for the baseball team in 1993.

Upon graduation, he worked with his alma mater's football and baseball programs. Brincks served as linebacker coach for the 1994 season and was the team's defensive coordinator and recruiting coordinator in 1998. After a short stint as the assistant baseball coach, he was promoted to head baseball coach in June, 1995, where he served until 1998.

The native of Calmar, Iowa, attended South Winneshiek High School, where he was an all-state performer in football and baseball and lettered in wrestling and track.

Scott is married to the former Karen Denkman of West Liberty, Iowa. They are the parents of a daughter, Kylie Sue Ann, and son, Cole. Karen, also a graduate of Iowa Wesleyan, is a first grade teacher at Ganns Middle Valley Elementary in Hixson.