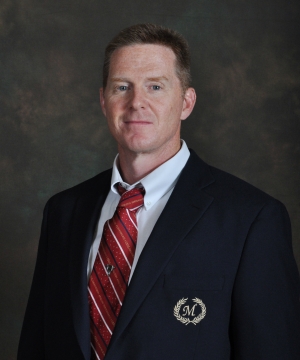 Monty Gibson currently serves as a Sports Performance Coach for Football as part of Larry Jackson's staff at Texas A&M University. Gibson has been a part of the Texas A&M Strength and Conditioning Department for 16 years, having served first as a volunteer intern and graduate assistant before being promoted to full-time assistant strength and conditioning coach in 2003.

Gibson began his coaching career in 1994, spending 5 years at Fort Stockton High School in Texas, where he coached football, track, powerlifting, and swimming.

Gibson holds a bachelor's degree in Biology from Angelo State University and a Master's Degree in Exercise Physiology from Texas A&M.

Gibson is privileged to have been mentored, guided, and friended by MSCC Coaches: Mike Clark, Raychelle Ellsworth, Allan Kinley, Vernon Banks, and Larry Jackson. He has been fortunate to have had the opportunity to coach countless outstanding high school and college athletes and to have been a part of several great teams.

"Along with all the great athletes, coaches, and teams I've worked with over the years," Gibson says, "The greatest team I have ever been a part of is the one I go home to at the end of each day."

A Texas native, Monty and his wife Leah have three sons; Garrison, Chase, and Kyle.