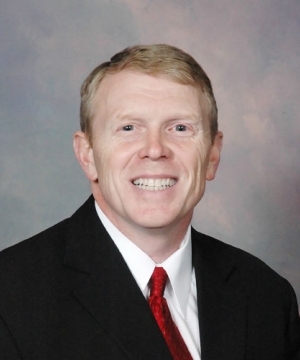 Ron Courson has served as Director of Sports Medicine with the University of Georgia Athletic Association since May of 1995, after serving four years as Director of Rehabilitation at the University of Alabama. Prior to joining the Alabama staff in 1991, he served as an athletic trainer/physical therapist with Samford University in Birmingham, Alabama. He received his undergraduate degree in education/physical education from Samford University, where he played soccer and ran track and field. Courson performed two years of graduate work at the University of Tennessee-Chattanooga, and graduated with honors from the Medical College of Georgia with a degree in physical therapy. A native of Birmingham, Alabama, Courson is additionally a national registered emergency medical technician-intermediate as well as a certified strength and conditioning specialist by the National Strength and Conditioning Association.

Ron serves as an adjunct instructor in the department of kinesiology at the University of Georgia, teaching in the athletic training education program. He also serves as a clinical instructor teaching student physical therapists from various schools throughout the country. He is active in research and education in the field of sports medicine, having authored a number of professional papers and text chapters. He served as a co-author with the NATA on position papers for emergency preparation, exertional heat illness, sudden death, management of sudden cardiac arrest and management of head and cervical spine injuries. Ron presents frequently at regional and national sports medicine meetings.

Ron is married to the former Eileen O'Connell of Waycross, Georgia. Eileen is a physical therapist who attended the University of Georgia and the Medical College of Georgia. Ron and Eileen have four children, John, Anna, Luke and Will.